Fallowfield Township which I am a Supervisor (Wib Caldwell) and current chairman has been recognizing residents who have had businesses in the township in excess of 60 years.
Last Labor Day the Rach family was honored for 60 years of owning the former Redd’s Beach, currently Pine Cove Beach Resort. The Supervisors were assessed that two other individuals had 60 plus years of operating their businesses.  Frank Rauchfuss’s father started his business in 1946 and Frank has continued and still operates the service center doing mostly front end alignments. Gary Cooper started his body shop in 1952 and operated it until recently. Gary work there continuously except for when was in service to his country.
As you all know Gary is a member of the Mon Valley Region as well as one of the original charter members. When you see him congratulate him on his 60 years of automotive service as well as his continued activity with our club. 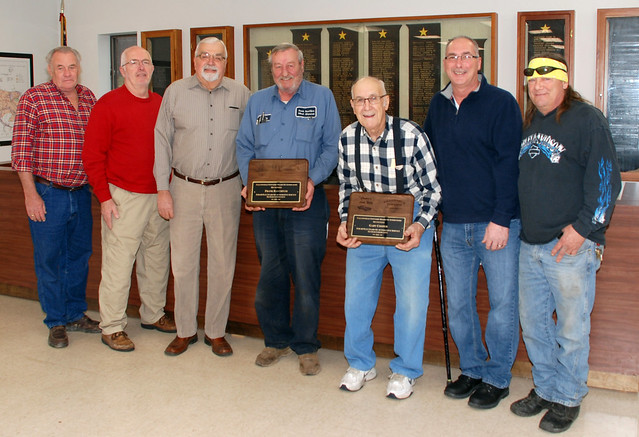 This site uses Akismet to reduce spam. Learn how your comment data is processed.

There are no upcoming events.

© 2014 - Mon Valley Region. All Rights Reserved. Powered by Wordpress and Design by We Create Web Designs